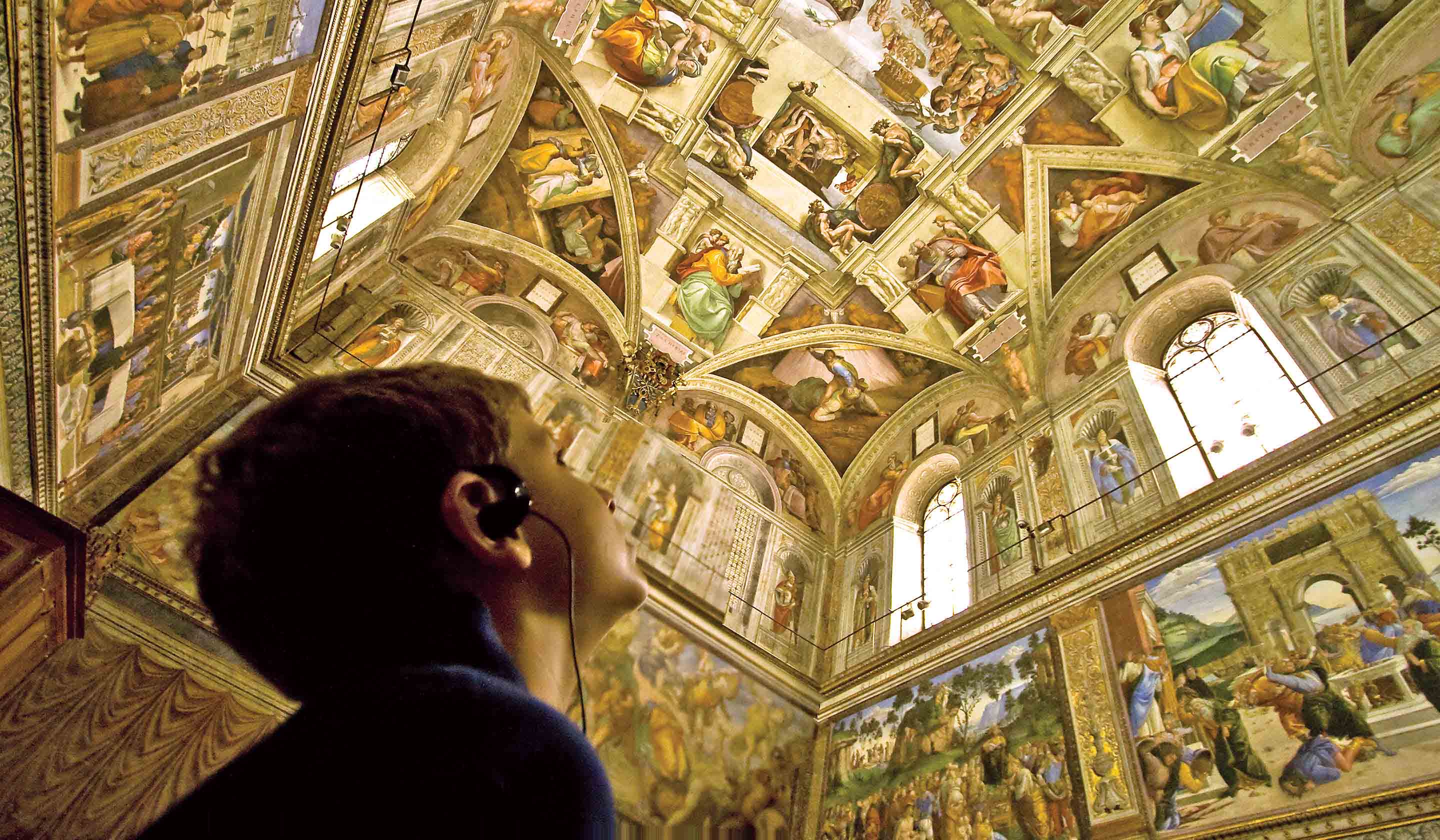 
Tauck Bridges’ family trip to Italy serves up a multi-course feast of history, art, scenery and culinary treats…it’s an unforgettable journey from Rome to the Amalfi Coast to savor together.

When in Rome… go to gladiator school! Our family-friendly tour of Italy brings Roman history into focus as you visit ancient ruins, learn gladiator skills and wander underground catacombs. You’ll also tour the Vatican Museums and Sistine Chapel after hours. Pompeii reveals its mysteries as you walk its ancient streets and excavated buildings. And how sweet it is to see Sorrento, where you’ll take a pizza-making class on a family farm… hop aboard a high-speed ferry to the enchanting Isle of Capri for further exploration via convertible and funicular… and break for gelato!

The Isle of Capri, floating off the tip of the Sorrento Peninsula at the southern end of the Bay of Naples, has been straining the vocabulary of travelers of 2,000 years. Superlatives seem to spring spontaneously to the lips of every traveler who steps off the boat onto this garden-studded island. The Roman emperor Augustus, recognizing the rare beauty of the place, acquired it from the Neapolitans during the first century BC, in exchange for the nearby Isle of Ischia; the
fact that he was willing to trade a larger and more fertile island should indicate the power that Capri holds on the senses.

The often mispronounced island (the emphasis should be on the first syllable, not the second) is part of the same limestone massif that forms the Amalfi coast, but the landscape is, if anything, even more dramatic. The cliffs seem even more precipitous here, the water even deeper azure, the gardens even more riotous with color and scent. Unfortunately, however, the streets are even more crowded with tourists as well. Capri attracts excursion boats from Naples, Sorrento, Ischia, and Amalfi, and on summer weekends the entire island can take on the appearance of downtown Naples during a hectic rush hour. Your best bet is to come during the off-season or on weekdays and stay overnight; the island becomes almost peaceful in the evenings, after the day-trippers have left.

Capri is shaped roughly like a camel’s back–two high mountains flanking a saddle area that slopes gently to the sea. Capri town, located on the shoulder of the eastern hump, is the heart of island life, teeming with luxury hotels, boutiques, and trattorias. The smaller town of Anacapri is high on the western hump. Between and around the two are footpaths crying out to be explored. They lead past villas of the rich and famous, and every once in a while open up to reveal stunning vistas of cliff and sea.

The island’s most famous attraction is probably the Blue Grotto, but it is, alas, the quintessential tourist trap. You reach it by taking a motorboat from the harbor below Capri (about $5) to the cove around the grotto, where you transfer to smaller boats piloted by aggressive oarsmen. After paying the admission fee (about $6), you will be ferried through a tiny tunnel into the admittedly beautiful grotto and out to the cove again, where the oarsman will kindly inform you that you are
entitled, even encouraged, to tip him. The bill for a three-minute glimpse of the grotto? About $12 or $13, depending on how vunerable you are to the oarsman’s extortion.

There are, however, more rewarding sights to see here. The Villa Jovis, perched on a sheer cliff at the eastern end of the island, is one of the ruined palaces of the emperor Tiberius, who retired to Capri in AD 27. And the Villa San Michele in Anacapri is truly lovely. Built by the Swedish physician Axel Munthe (who wrote a best-selling book, The Story of San Michele, about his life on Capri), the villa is now a pleasant little museum. And its tidy garden provides a welcome escape from the crowds.

Rome wasn’t built in a day…but you can tour it in just over 10 hours. A teeming anthill of humanity and antiquity intermingled with awful traffic jams, Rome grew up on the Tiber (“Fiume Tevere”) among seven low hills that rise from the river’s soggy eastern banks. It’s a city of many peeling layers of history, of which the bottom layer–that of the earliest Roman centuries–is the most interesting and still astonishingly whole. The hub of this layer is the Palatine Hill, the Forum, the Colosseum and the Circus Maximus.

On the western bank is the Citta Vaticana, the independent papal city where the Pope blesses pilgrims from all over the world. Neighboring Trastevere (“Across the Tiber”) is a mix of Roman, Greek and Jewish subcultures, great for little restaurants and nightlife. Further north on the other bank is “vecchia Roma,” medieval Rome of the Pantheon and Piazza Navona; Renaissance Rome is centered south of the Corso Vittorio Emanuele. Commercial Rome is the city of the Via del Corso, the Piazza del Popolo, the controversial Victor Emmanuel monument and finally the Stazione Termini, the nexus for all trains and roads from Rome.

Offer subject to availability and change without notice. Some restrictions may apply.

Click on the buttons below to request a quote on this deal or contact us directly with further questions or comments.

Request A Quote Send To A Friend Have A Question? Contact Us